So thankful for John

"So thankful for John! I first had Orkin come out, who claims they are best in the business, and proceeded to tell me there was nothing that could be done about my bee problem... What?! Found South Bay Bee Removal online and gave them a call. John showed up the same day and was able to take care of the problem without me even being at the house. He went above and beyond."
April 16, 2016 Helen W.

"We had a large, aggressive bee problem. John came out on the day of our call & took care of the problem. He was very knowledgeable, friendly & efficient."
April 13, 2016 Abraham S.

"We had a bee swarm get into our kitchen through the stove ventilation fan exhaust, on a Sunday. John, the proprietor of South Bay Bee Removal, was here in a half an hour, and immediately got the situation under control. He returned on Monday to finish the job; some bees had returned, but he cleaned them all out and covered the exhaust with mesh to prevent them from re-entering. As a bee keeper, he definitely knows bees and knows how to deal with them."
March 11, 2016 Heidi G.

John was at my house within minutes.

"Had a large clump of bees in a tree in front of my house. Not bothering anyone really, but so many died in a rainstorm last week, and rain coming today. I just wanted them safely re-located. John answered his phone and was at my house within minutes as he was in the area. He carefully climbed way up to trim the branches with the bees and put them on a new hive box to be moved. It was a fascinating experience and he did a terrific job. He explained a lot to me about the bees as well, very nice guy. If you ever are in need, call John."
January 22, 2016 Tony L.

"John was great. Showed up on time. Took care of the problem and had all the right gear. His quoted price was right on. Thanks John!"
5
November 18, 2019 John E
"If you have a bee problem, hire these guys! John and his team are professional, reliable & take pride in what they do. "
September 25, 2019 Bradey T.
"John gets it done right, gets it done fast! He's local and he's a real pro! Thankful to have had him come to the house."
September 17, 2019 J.O.
"John came right away to remove several yellow jacket hives hiding on the east side of our house. Not only did he kill them, he removed them...."
August 31, 2019 Susan P.
"John was so awesome! He Came out within 30 minutes and my wasp problem was resolved.... even the nest in the side mirror of my car!!! Friend..."
August 31, 2019 Peter H.
"I called John at 6:30 on a Holiday weekend, and like his other testimonies, he picked up the phone after a short ring. I told him that I had..." 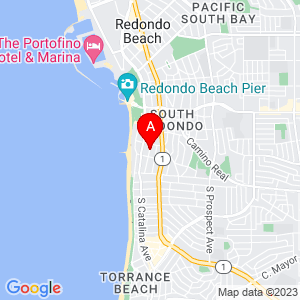